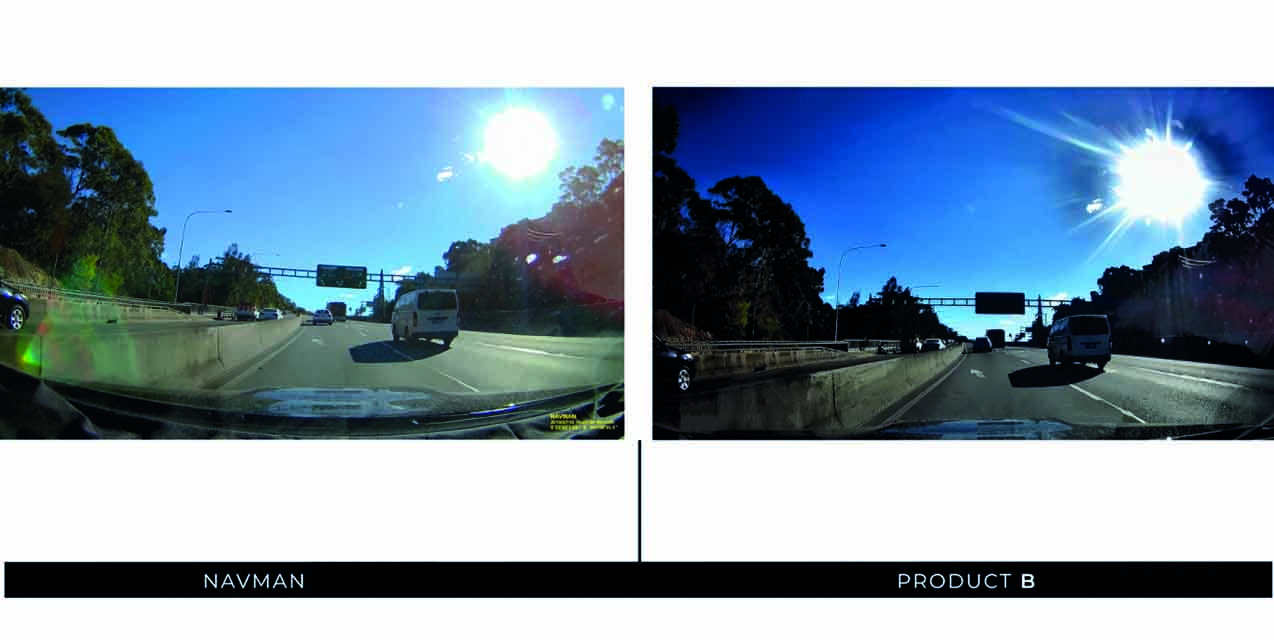 If you want to buy someone a dash cam this Christmas, you’re not alone. The rise in popularity of dash cams over the past 12 months is nothing short of remarkable. One in five Australian drivers currently has a dash cam, with more than half of these bought in the past year.* In the event of an accident, today it is who presents the best evidence that convinces the Police and insurance companies.

In this regard, not all dash cams are the same – you need to make sure you buy one with a great lens that captures footage in 1080p (as a minimum, with some products, like the MiVUE760 Ultra (RRP $299), going all the way up to 2160p or 4k equivalent). This dash cam also has Sony STARVIS™ ultra low light recording. This is designed especially for dark situations and provides superb contrast, clear and rich colours to enhance number plates, street signs and other vehicles. The near infra-red range gets you as close as possible to night vision in a dash cam and is also found on the MiVUE840 DC, a model with front and rear cameras and WQHD Recording.

The right sensors are also critical – a 3-Axis G sensor gives specific information about the direction and impact of a crash, significantly assists investigators determine fault, and footage must be GPS-tagged because this allows drivers to confirm the location coordinates of the accident.

Navman’s MiVUE range of dash cams is designed and built to the highest quality standards and are rigorously tested for Australian conditions.

They start from just $179 and even at this low price, the MiVUE745 features include a wide angle glass lens, full HD 1080p recording, automatic event recording, GPS tagged video, fatigue and headlight warnings, as well as driver’s speed displays and optimised day/night recording.

More sophisticated models include speed and safety camera alerts, and even Advanced Driver Alert Systems (ADAS) built into the dash cam which provide audible and visual alerts if your vehicle is veering into another lane or too close to the vehicle ahead.

For super convenience, look for MiVUE models with the EZYSHARE Instantly via WIFI feature which allows you to instantly upload and share footage via the MiVUE app on your phone. You can even receive monthly safety camera updates this way too.

One camera or two? A rear camera can be an excellent idea for many drivers especially as the most common type of accidents are nose-to-tail. Three of the Navman MiVUE dash cams in this year’s range come as ‘dual camera’ (DC) recording in full HD front and back, and stand-alone rear cameras can be added to other products. Look for MiVUE820 DC, MiVUE840 DC and the MiVUE860DC TYRE which also comes with a tyre pressure monitoring system, perfect for long distance drivers or people towing a caravan or trailer.

And then for the people who like their windscreen clear of devices, but still want protection from other drivers, there is the MiVUE Stealth, a discreet dash cam that fits neatly behind the rear-view mirror. You can’t see it, but the Sony Starvis 6 glass lens delivers unbelievably crisp clear footage in 5 Megapixel 2K Wide QHD at 1440p, even in the darkest conditions and gives headlight warnings if you are driving in the dark, as well as fatigue and Advanced Driver Assistance System alerts to warn if you are too close to the car in front or drifting into the next lane. You’ll never notice it’s there, until you need it.